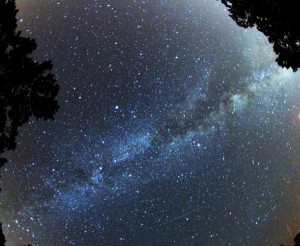 Here is your opportunity! Lucky you!

The white bits are the optic nerve. The darker section is the macula, and in the middle, my fovea. The good news is, they’re in good shape. Apparently the white sheeny stuff is reflection from the vitreous. Gross, huh!

There is a really good reason why I’m driving fairly slowly and leaving a large gap in front of me on the Warringah Freeway. Believe it or not, I’m doing you a favour – you and everyone in the lane behind.

Here’s a video both explaining and illustrating the phenomenon:

One Seattle driver discovered that there was a solution for his frustration of getting on and off the gas & brakes. By driving at the average speed of traffic, instead of rushing straight toward the stopped bumper ahead, he caused the flow pattern of his entire lane for miles behind to smooth out. In traffic flow terminology, he figured out the secret to transform a “wide moving jam” into “sychronised flow”. Amazingly, this behaviour can actually improve the overall flow rate of the traffic: more cars can travel along a given road in synchronised flow than in the presence of a jam.

Anyway, angry flashy-light van driver, I thought I’d do you the courtesy of explaining my behaviour. I hope you understand.

On the outside crust of this tiny little dot, we hang about in a layer of gas which gets too thin to breathe in far less distance upward than the commute from my house to to my work.

Can’t we all just get along? And keep this place nice for ourselves and those yet to come?